Elaine Madsen, an Emmy-winning poet, producer and playwright, and her daughter, the actor Virginia Madsen, will be at opening night of the High Falls Film Festival to discuss their new film, I Know a Woman Like That. The 12th annual festival, honoring women in filmmaking, runs Oct. 23 through Oct. 26, with showings at The Little Theatre and the Dryden Theatre at the George Eastman House International Museum of Photography and Film. Tickets for the event go on sale at 3 p.m. Friday at highfallsfilmfestival.com.

Directed by Elaine Madsen and produced by Virginia Madsen, who’s best known for her role in the film Sideways, I Know a Woman Like That is a documentary on women who continue to do important work into their 80s and 90s. It shows at 6:15 Oct. 23 at The Little Theater 1. Both Madsens, as is the case with other filmmakers throughout the four-day festival, will be part of a Q&A session following the showing of their film.

Tickets are also available at the door if the event is not sold out. Please check the festival web site for the schedule.

All screenings will be accompanied by Q&As with the stars of the films moderated by a Special Guest!

Virginia Madsen, Elliott Gould, Sally Kellerman, Bud Cort, William Devane, Corey Fischer and many more Altman feature film stars will be in attendance throughout the series. Members of the Altman family will also be in attendance, sharing stories about life on and off the set.  Log on to AlexTheatre.org for tickets. 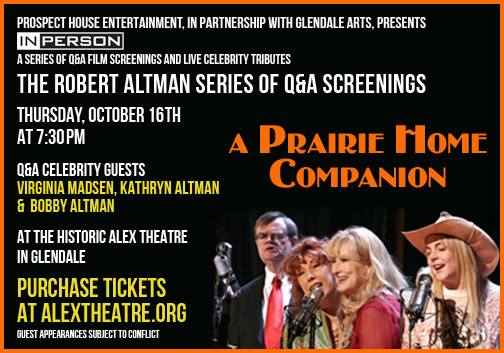 •• Actress Virginia Madsen will be donating a wreath made especially for the evenings auctions. Come raise a glass with her and help some wonderful kids. 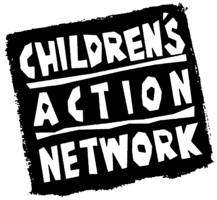 ne of a kind wreaths by Los Angeles’ top artists and designers will be auctioned off to support Children’s Action Network’s work to help find families for the more than 101,000 chidlren in foster care in need of permanent, loving homes. Children are welcome to come and participate in fun winter activities.  We ask that they bring a gift for a foster child from SantaCAN registry.

Children’s Action Network uses the power of the entertainment community to increase awareness about children’s issues and make them a top priority in everyday life.  CAN is currently dedicated to raising awareness about and finding homes for the more than 101,000 children in foster care in the United States who are waiting for an adoptive family and improving outcomes for the almost 400,000 children in foster care.