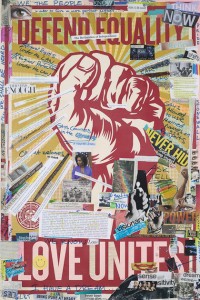 With 35 releases since Fire with Fire in 1986 thus far, Virginia is a busy actress and has played a variety of roles which further enhance her reputation as a fantastic actress who can adapt to any kind of role. Virginia belongs to an acting family with her brother Michael Madsen, also an actor, and her mother, Elaine Madsen, an Emmy-winning writer and producer. She is still one of the Hollywood’s most beautiful and captivating actresses today.

Chicago Premiere of Documentary ‘I Know a Woman Like That’

Three pictures from Chicago Premiere of Documentary ‘I Know a Woman Like That’ as part of the 2009 Chicago International Film Festival at Columbia College have been added to the gallery. “I Know a Woman Like That” stars the Oscar-nominated Virginia Madsen. The film is produced by Virginia Madsen, Elaine Madsen and Karly Meola and directed by Elaine Madsen (Virginia’s mom).

– Gallery Link:
Public Events from 2009 > Chicago Premiere of Documentary ‘I Know a Woman Like That’ – (October 13)