•• Today’s December 31st, just a few hours left to say goodbye to year 2012 and welcome to 2013, from Virginia Madsen’s official website I would like to wish all VMadFans and to every of you guys who always visit this site and unconditionally support actress Virginia Madsen, to have a Happy New Year 2013! Have a wonderful day, be happy but be safe!! -LaLa (Webmisstress of Virginia-Madsen.org) 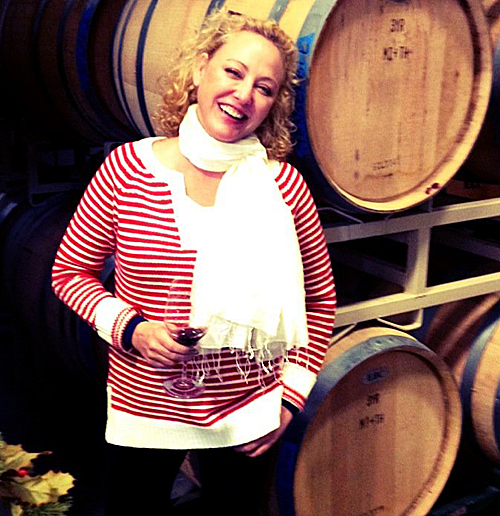 •• In this exclusive interview with AMCtv.com Virginia Madsen, who plays Hannah Durant on AMC’s Hell on Wheels, talks about being a history buff and why you should never drink water while wearing a corset.

Q: You were a fan of the Hell on Wheels before joining the cast. What did you like about it?
A: I’m a big fan of Colm Meaney, and The Swede is such an intriguing villain, such a nemesis. And Anson Mount is one of the most beautiful men I’ve ever seen in my life and a really good actor. I know I shouldn’t objectify him because he’s such a good actor, but really, ladies, really? I also really love the love story between Robin [Eva] and Common [Elam]. I’m also a Chicago girl, so I’m also a really big fan of Common’s music.

Q: What attracted to you the role of Hannah Durant?
A: I’m a history buff, and so I knew who the Durants were, although there’s not much about [Hannah]. I just thought, “Oh, that’s going to be really interesting, especially the conflict with the fair-haired maiden of the West.” I just loved the idea that I would come and stir the pot.

Q: Since less is known about the real Hannah Durant, how did you prepare for the role?
A: The only thing I could do with this character is go by the script…and research the period that a woman like that lived in, what a woman like that would be like, especially if she’s powerful. Not easy to do that back then.

Q: Hannah makes herself quite at home in Hell on Wheels. Did it take long for you feel welcome on set?
A: I thought, well, if I’m going to play this woman who might be described as Hell on Wheels personified, I knew that I was going to have to really gently take my place in the cast. But it turned out to be effortless. This cast was so excited to have me there. They’re all like family, and they just invited me to be a member of the family. I couldn’t believe it. It was just wonderful. The whole cast went rafting with me. END_OF_DOCUMENT_TOKEN_TO_BE_REPLACED