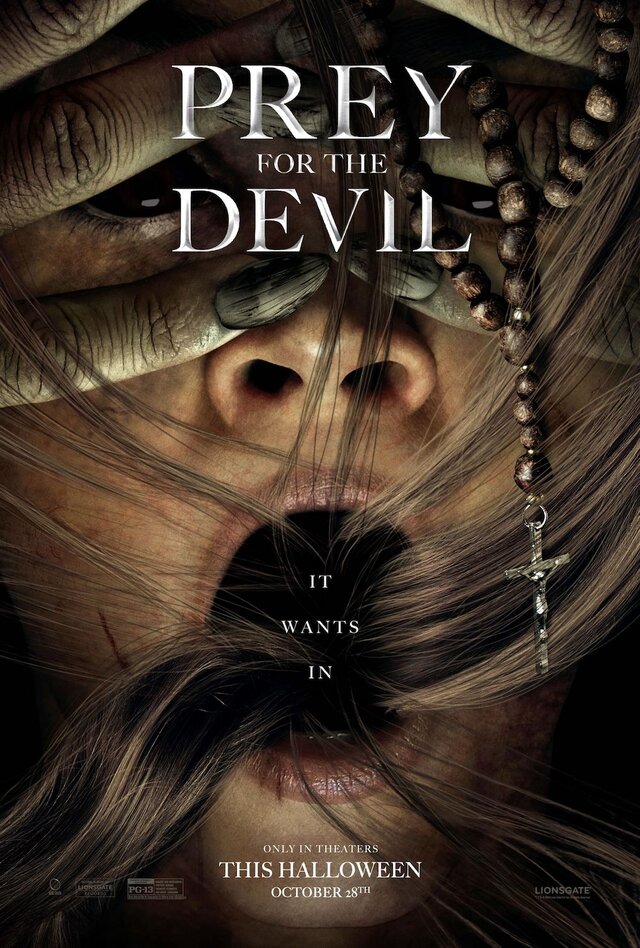 Arriving in theaters next month, the film stars Jacqueline Byers  as Sister Ann, a nun looking to become a female exorcist. But who or what beckoned her to this particular line of work? Despite the fact that women have not traditionally been recruited in the fight against evil, the Catholic Church has no choice but to accept our protagonist when demonic possessions begin to rise the world over. Sensing her innate talent for banishing wicked entities, an exorcism professor agrees to train her. Sister Ann ultimately hits the front lines with Father Dante, hoping to rid a little girl a demon that tormented the nun’s mother years before.

Lisa Palfrey, Nicholas Ralph, Ben Cross, and Virginia Madsen round out the cast. You can watch the trailer below.

This entry was posted by Lau on Monday, September 26th, 2022 at 4:24 pm. It is filed under Career, Media, News. You can follow any responses to this entry through the Comments Feed.