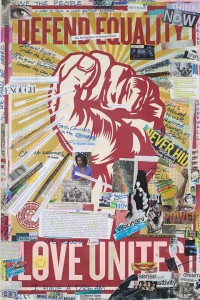 The project (undertaken in partnership with entertainment networking group HOMOtracker and its annual fundraiser ‘FallOut’) will go up for auction on November 10 on the website Charity Buzz and will benefit the grassroots marriage equality group FAIR. The group is also holding an event in West Hollywood on November 12 at which the prints will be on display.

This entry was posted by Lau on Wednesday, October 14th, 2009 at 1:20 pm. It is filed under News. You can follow any responses to this entry through the Comments Feed.