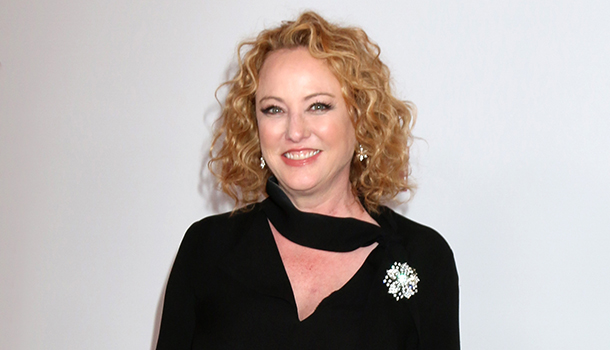 Over the years you have worked with an incredible array of directors, including Alexander Payne, Robert Altman, Francis Ford Coppola, David O. Russell, Rob Reiner, David Lynch, Dennis Hopper, Joel Schumacher, and Catherine Hardwicke.
When you put it like that, it sounds like I’ve had a great career! [Laughs]

What have those experiences meant to you?
I feel blessed that I was able to be a student, in a way. Those directors that you listed are truly great directors. They take you by the hand, and they teach you how to do it better. I learned an incredible amount about acting from Francis Ford Coppola. Because I didn’t go in to the audition nervous, they gave me the role [of Jackie in The Rainmaker]. He trusted that I would be tough enough to go through it and not be destroyed. I think a lot of these directors see a strength in me; they know I can go the distance. When someone like Alexander Payne has confidence in you, you in turn lead with that confidence. I gained a lot of confidence and I learned a lot working with those directors.

I think your work in Yen Tan’s new movie 1985 is breathtaking. What can you tell me about the character of Eileen that made you want to portray her?
I’m a mother. It’s the most important thing I’ll ever do in my lifetime. I’m very close to my son. Also, I lived during that period of time when friends were dying and people were getting really sick. Nobody wanted to talk about it, and everybody was getting scared. Those are two defining moments in my life. It was my feeling that this mother, like most mothers, knows her son is gay. I think for the vast majority of young people—certainly not all—when they hide their true identity because they have to, most mothers know their child is different. My mom recognized that I was different because I was artistic and flamboyant, and she supported me. I think Eileen doesn’t want him to be gay. She’s a mother who would know how difficult that would make his life. She doesn’t know he’s sick, but she knows he’s gay. I think it sets up a hopeful message for the younger brother. She’ll be supportive of that boy being gay as well.

There are two particularly heart-wrenchingscenes in 1985. The first is a scene betweenAdrian and his ex-girlfriend Carly. The other is the scene between Eileen and Adrian when she drops him off at the airport.
Oh God, that was so hard!

As an actress, how did you prepare for a scene like that?
That part was easy, because that’s how my mother was when she put me on a plane to California to be an actress. She so desperately didn’t want her kid to leave home. That’s a classic parental moment. I remember trying so hard to hold back tears. I had my cat with me and I was such a little girl. I was only 19. But my mother was all for it. She was like, “Go get ’em!” But I remember her crying just like that. So that scene was right out of my own life. [As we were filming that scene], after we cut I would run around to Cory’s side of the car and we would just hug each other and cry. I just love him! He’s not just a really gifted actor; he’s a really genuine person. I have great affection for him. When he would start to cry, I’d be like, “Now I’m going to cry!” [Laughs] We didn’t milk it. It didn’t take long to shoot it because we had to get out of the airport. Yen and [co-writer] Hutch were both careful that everything was set and ready to go so we didn’t have to do very many takes, because it was such a sensitive scene. If you pare this movie down to what it really is, this movie is about love. That’s why the very last shot is a first kiss. It’s not about death; it’s about love.

Like you, Jim Belushi (your co-star in 2017’s A Change of Heart) is also a Chicago native. When you work with another actor from the Chicago area, does it feel like you automatically have a connection and a common language?
Yes, 100 percent! I think we’re like magnets. I’ll be in some unusual place somewhere and I’ll meet another Chicagoan. Because we’re Midwestern and grounded and a little bit square, you just immediately bond. It’s hard for Chicago people to leave Chicago. The same with New Yorkers or Canadians. It’s hard for us to feel at home because it’s harder to find community in Los Angeles. When we find each other, we hang on tight. We sense that feeling of home.

This entry was posted by Lau on Tuesday, December 11th, 2018 at 4:45 pm. It is filed under Career, News. You can follow any responses to this entry through the Comments Feed.

Home Career Virginia Madsen on Playing the Mother of a Gay Texan During the AIDS Crisis on 1985 film!