Welcome to the Official Website for the Academy Award and Golden Globe award-nominated american film, television actress and producer Virginia Madsen. Being that we're the official website we are able to provide you with all the latest and most updated news and photos before any of the other sites can. Virginia Madsen is a very talented and experienced actress who has starred in roles such as Candyman, Sideways, Joy, American Gothic, Designated Survivor and more.
Published on In
Career Gallery News 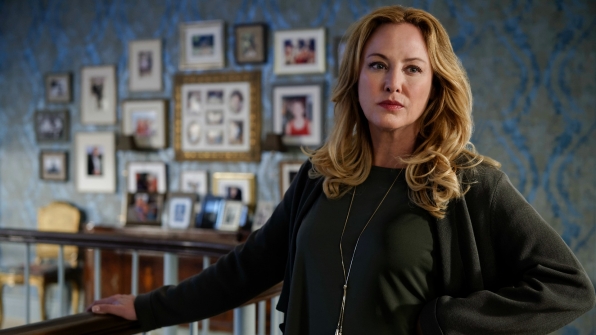 •• Following American Gothic’s new promos, CBS has released a batch of images from the first episode entitled “Arrangement in Grey and Black”. You can check them out below or visit the photogallery to see all them here.

American Gothic centers on a prominent Boston family reeling in the wake of the chilling discovery that someone in their midst is linked to an infamous string of murders. As shocking secrets from the past and present are revealed, their mounting suspicion and paranoia that one of them is a killer threatens to tear the family apart.

The show is produced by CBS Television Studios in association with Amblin Television. Corinne Brinkerhoff (“The Good Wife,” “Jane the Virgin”), Justin Falvey and Darryl Frank (“The Americans,” “Under the Dome,” “Extant”), James Frey and Todd Cohen serve as executive producers.

A letter to my younger sisters…..