Virginia Madsen on working With Robert De Niro in JOY 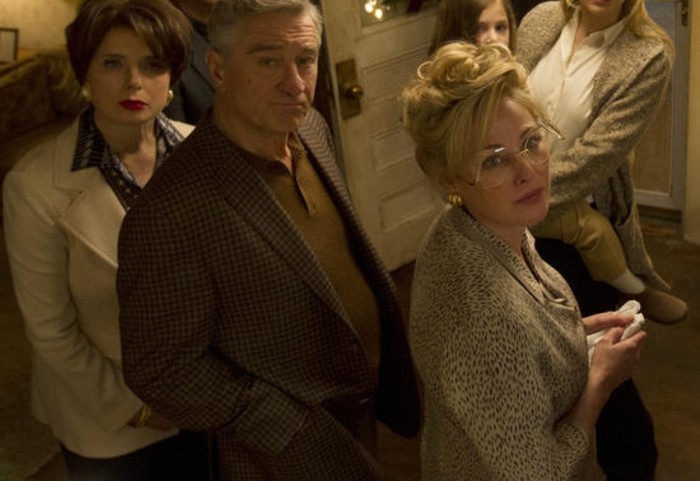 •• JOY movie star Virginia Madsen has opened up about the experience of working on the project based on the life of Miracle Mop inventor Joy Mangano.

In an interview with the Los Angeles Times, the actress recalled the moment she got the call from director David O. Russell saying she was cast for the film.

“He said, ‘Do you have any problem with playing the mother of Jennifer Lawrence?'” Madsen shared. “I said, ‘I’ve never had a problem with aging.’ And I went on to tell him how much I liked her and how without knowing her I felt motherly toward her and I felt proud of her for what she’s done at such a young age. Well, I didn’t realize that Jennifer was sitting there.”

Virginia Madsen also shared what it was like to work with Robert De Niro, who plays Madsen’s husband and Lawrence’s father in the film.

“There’s still a part of me that was going, ‘Oh, my God, Robert De Niro is throwing things at me. This is so cool!'” the actress said. “I grew up admiring him as one of the greatest living actors ever. And there he is and such a dream come true to not just meet him but work with him.”

Russell had also opened up about the upcoming film.

Speaking with the New York Times, the director shared what made him interested in Mangano’s story.

“It’s the first story I’ve done that has a woman at the center of it,” he said. “Jennifer’s usually coming in from the side, like a rogue. [Laughs.] She kind of sneaks in and takes over half the movie. But here, she’s in the middle, not with a bow and arrow, but with her heart and soul.”

JOY will hit theaters on its release date of Dec. 25.